We live in an age of political turmoil, which bodes quite badly for the global economy. While looking to invest in stocks or cryptocurrencies that will guarantee them overnight success, a lot of people tend to forget about an option that eventually always yields a positive return. We are, of course, talking about the oldest investment in the world – buying gold. Unlike with companies whose stocks you buy, the price of gold and the performance of the gold market is something that goes millennia back, which makes all the analytic efforts much more reliable. With this in mind and without further ado, 2018 might be the year for you to buy gold. Here are several reasons why.

Even when you leave the price of gold out of the equation, diversifying your portfolio is a reason enough for you to invest in it. You see, different currencies and stocks are all affected by similar factors, whereas the price of gold has its own system that is determined by distinct features. While these other assets need at least some degree of market volatility, the price of gold jumps when the market is as stable as possible. For this reason, by investing in stocks, various currencies, and gold, you may ensure that at least one of your investments is constantly creating returns. You can invest in gold in various forms, such as buying proof coins. These coins can be made through precious metals like gold, stamped on both sides with unique details that can increase their value and demand. Though people may have a few questions about such investment, for instance, do proof coins go up in value over time, which they can learn about through web search. Needless to say, this is not only an efficient way to boost your funds but also to preserve your assets in moments of crisis.

2. The price of gold increases with inflation

In the past few years, a hypothesis that the inflation is somehow bad for gold came into existence and became widely accepted as a common knowledge. The problem with this particular idea is the fact that it is actually completely the opposite of the truth. If anything, the price of gold increases with the money supply, even though most present-day currencies no longer abide by the gold standard. This is one more strong reason for you to buy gold, seeing as how inflation is on the steady rise in most of the world, the U.S. not being the exception. Ironically, inflation, which is commonly considered as one of the worst side-effects of a growing economy, is one of the strongest pro-arguments for you to buy gold.

Unlike with some other assets, a dip in the overall value of precious metals is not necessarily a bad thing for those willing to invest. Unlike with cryptocurrencies that are a relatively new phenomenon, investing in gold is a trend that holds for as long as there is human civilization. In fact, a dip in price is the perfect time to invest because an eventual rise in price is inevitable.

With every turmoil, the price of gold and silver goes down but as soon as the economy starts stabilizing (which it always, eventually, does), the price starts rising. In other words, this may seem like the best time to buy gold. A lot of people are investing in cryptocurrencies nowadays, yet, it is always wise to keep at least 20% of your investments in precious metals. For this reason alone, more and more precious metal dealers accept Bitcoin as a method of payment.

Another thing that raises the value of gold is the so-called “fear factor”, which isn’t nearly as unpredictable or unreliable as it may seem. Just a few years in the past, there was a major market turmoil regarding Brexit, then again with the Trump victory in the 2016 election; however, things now seem to be even more interesting and not in a positive way. For instance, at this very moment, the fear of a looming trade war between the U.S. and China seems to be in effect. Needless to say, a trade war between world’s two largest economies might become something that affects the entire globe. 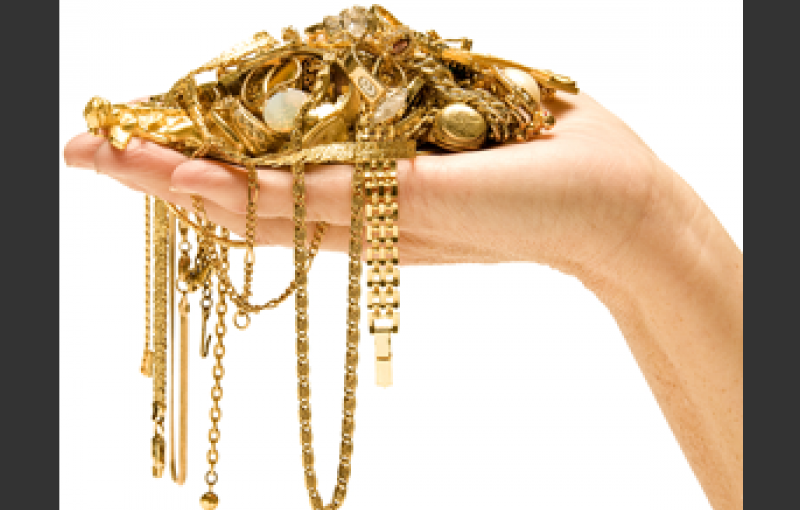 Even though gold should have made a massive dip in 2017, it actually managed to build a base instead, which is a simply remarkable feat, especially as it happened against all odds. The interest rates in the U.S. rose, the value of real estate started rising, Bitcoin disrupted the global market and all the stocks soared. Apart from all that, gold managed to climb by 12.1% which is simply baffling. Nevertheless, this was a steady rise and the massive surge that eventually follows is still expected. As for when it will come, there is really no way of knowing with certainty.

At the end of the day, the advantage of a precious metal investment over an investment of any other kind is a quite straightforward one; it is always a win-win scenario. The lower price means a greater investment opportunity that is bound to bounce back. For this reason alone, the only scenario in which you stand to lose is by selling in the moment of crisis, which is why you should still keep your gold investment below 20%. Apart from that, there is also a factor that a bullion is an asset you can actually, physically get your hands on and keep it in a safe or display in your home.